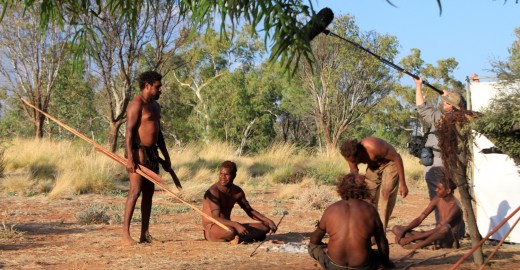 Eighty years after the last known massacre of Indigenous Australians in Central Australia the relatives of families who survived tell of the events and their impact. 1928 marked the end of a long, bloody and shameful history of killings and massacres of Aboriginal people that had occurred throughout the country since the start of British colonisation in 1788.

In 1928 Central Australia experienced a severe drought that reduced the ground water. The original owners of the land did what they had done for thousands of years and gravitated to their ancient water sources, mainly in the form of soaks. For the pastoralists, the lack of water came at a crucial time as they were carving out vast tracts of land to run cattle. Conflicts between Aboriginal people and white settlers resulted. The Aboriginal people were angry as they watched their waterholes being destroyed by cattle, fences being erected and white men taking their women as wives or servants. Their law, customs and traditions were being violated.

On Coniston Station, just north of what is today Yuendumu, dingo trapper Fred Brooks made camp at a soak he shared with around 20 Warlpiri people. After taking liberties with one of the women he was murdered by her husband, the now notorious Bullfrog. Led by Mounted Constable William Murray, a series of reprisal killings resulted in the slaughter of around 100 Aboriginal people. The devastating impact of these killings forced the owners of the land to move away, too terrified and grief stricken to move back. The pastoralist appeared to have won.

But concerned missionaries in generated huge media interest and a federal enquiry was set up. This inquiry heard that 31 people were shot, although this is heavily disputed, but the most disturbing element of the findings was” killing of all blacks to be justified”. The Indigenous people from the area were excluded from the inquiry.

The events of that three-month period are still fresh in the minds of the Warlpiri, Anmatyerr, Kaytetye and Allyawar people today. The sons, daughters and grandchildren of the slaughtered are united in wanting to tell their story now. 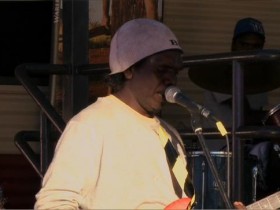