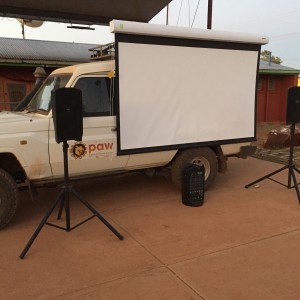 PAW Media is excited to have acquired a portable outdoor video projection system for community cinema screenings. The purchase was partially funded by a grant from the Northern Territory’s  Community Benefit Fund which is administered by the NT Department of Business. The system comprises a chain-drive video projection screen from Screen Technics, a new high-output Sony projector, an audio mixing desk and a Fender portable PA system with speaker stands. The system will facilitate screenings in Yuendumu and elsewhere. The screen can be carried on the roof-rack...  CONTINUED » 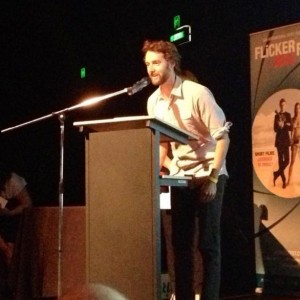 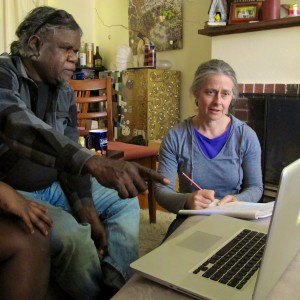 PAW Media's latest documentary film "Milpirri: Winds of Change" has finished editing and will be screened on NITV probably late October in the lead up to the Milpirri event wich will be held on  November 1st at Lajamanu. The documentary is a co-production between PAW Media and People Pictures in Victoria. A preview sreening was held at Castlemaine on the 29th June 2014 wich attracted an audience of approximately 500 people. Pictured here in Canberra are Co-Director Wanta Jampijinpa Patrick and People Pictures Editor/Co-Producer Cath South viewing select scenes for...  CONTINUED » 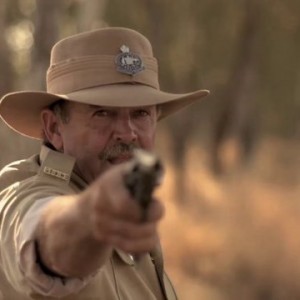 Coniston has won an Award of Excellence at the July 2013 Accolade competition.  Accolade is an international awards competition, rather than a traditional film festival, that has been running for 10 years. Quality and creativity are assessed in three levels of awards: Best of Show (single winner), Award of Excellence and Award of Merit.  We are also pleased to see a number of Australian productions receive Awards.  CONTINUED »

Coniston broadcast on the Australia Network

Coniston is part of the Australia Network indigenous lineup for NAIDOC Week. Screening in July 14, Coniston will reach a large audience in Asia and the Pacific.  Coniston is being translated for the broadcast into Mandarin, Bahasa Indonesian, Bahasa Malay and Vietnamese. We are delighted that our neighbours will get to see this important story from Australia's history.  CONTINUED »