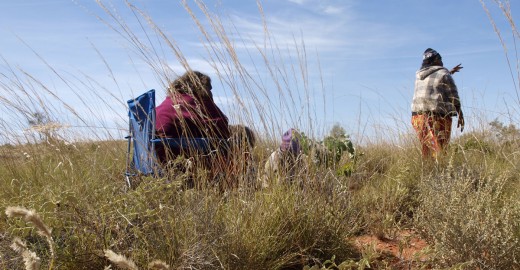 In June 2010 members of the Sims family took a PAW Media video crew to Ethel Creek Outstation to record  aspects of the Milky Way Jukurrpa . P. Japaljarri Sims was the senior custodian for the Jukurrpa and wished to have parts of the Jukurrpa recorded for the Warlpiri Media Archive, given his age and failing health. Japaljarri's wife, Bessie Nakamarra Sims, his 3 daugthers, his old friends P. Japanangka Lewis and J. Napanangka Nelson came on the trip. Paintings were done, stories told and the Milky Way Jukurrpa was sung long into the night.

The videos of the trip are sensitive cultural content. They are being secured in the Warlpiri Media Archive, and will not be distributed. This is a key area for PAW Media work, and brings to attention the vital archiving role of Aboriginal media organisations in working on content that is not destined for public distribution.

PAW Media pays its respects to the memory of P. Japaljarri Sims and J. Napurrurla Nelson who both passed away in  late 2010. 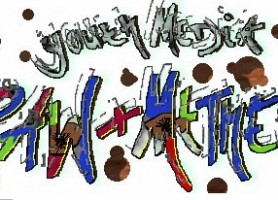