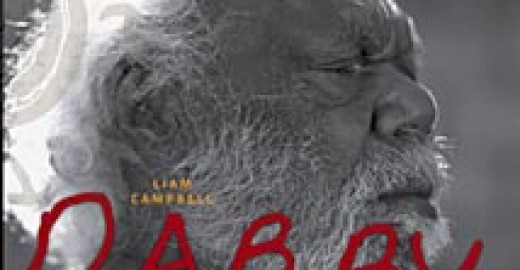 This educational book, written by Liam Campbell, offers a view into an aspect of Australia rarely seen with this detail and sensitivity. The stories and artwork for which Darby Jampijinpa Ross was famous and revered are included. It features photographs by Emmy award-winning cinematographer Scott Duncan, as well as an audio CD of Darby talking story.

Born in the bush before Whitefellas entered his country, Darby Jampijinpa Ross lived through a time of great change for his people and died the day after his hundredth birthday. He survived the deaths of his family in the 1928 Coniston massacre before travelling widely as a stockman, cameleer, drover and prospector. After assisting the war effort, he returned to his traditional country northwest of Alice Springs where he became a much loved community and ceremonial leader. He gained recognition as a successful artist and strong advocate for Aboriginal law and culture.

Darby is available through our online shop.